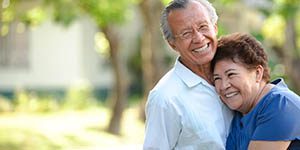 Study Shows Cure Rates Better or Equal to Prostatectomy. Dr. Perlow has been performing Brachytherapy for over ten years with excellent results.

Brachytherapy, a newer, less invasive treatment for prostate cancer has shown better results for high-risk and intermediate-risk patients than the traditional surgical approach, according to a study published in the March issue of Brachytherapy. The less invasive procedure, brachytherapy, showed a cure rate more than twice that of prostatectomy over a 12-year period. The study was performed at a urology practice in Florida between 1992 and 2004. The authors reviewed the outcome of 1,707 patients 12 years after they had chosen to undergo either brachytherapy or prostatectomy to treat prostate cancer.( Prostatectomy is the surgical removal of the prostate. ) All the patients in the study had organ-confined prostate cancers, which means that the cancer had not spread outside of the prostate.

Conventional brachytherapy is the implantation of small radioactive pellets (seeds). Radiation delivered by both types of brachytherapy radiation prevents the cancer cells from dividing for weeks or months.

For the study mentioned above, 1177 (brachytherapy) and 281 (prostatectomy) patients had sufficient data to be included in the review. Patients were classified as high risk, intermediate risk, and low risk. The authors found that the cure rate for brachytherapy in high-risk patients was 88 percent versus 43 percent for prostatectomy; for intermediate-risk patients, the cure rate was 89 percent versus 58 percent, respectively. Low-risk patients had similar cure rates with both procedures (99 percent versus 97 percent). Cure rate means that cancer did not recur over a specified period of time, in this case 12 years.

Based on their findings, the authors recommend that physicians offer both brachytherapy and prostatectomy as treatment options for men with organ-confined prostate cancer.