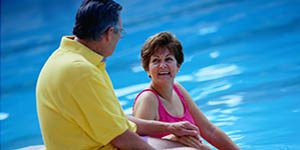 For years, Atlanta men have trusted
Dr. Steven Perlow to help them restore the intimacy they thought they had lost.

Treatment options include medications such as Viagra, Levitra and Cilalis. Other treatments such as intracaverousal injections treatments are effective for some patients. Still other prefer the vacuum erection devise. Dr. Perlow has been performing penile implant procedures for 20 years.

Male sexual dysfunction is comprised of several problems associated with a man’s sexual performance including:

Erectile dysfunction and decreased libido are often caused by stress or psychological issues surrounding sex; some of the conditions, such as priapism or Peyronie’s disease, may be a physical condition. Erectile dysfunction, often the most distressing of these problems, is also the most common.

Erectile Dysfunction. Erectile dysfunction can arise from inhibition, stress, a medical condition or medication use.

Priapism. Priapism is a pathological condition in which the penis remains erect as a by product of:

Its cause, however, is unknown in about one-third of patients.

Peyronie’s disease. The cause of Peyronie’s disease is not fully understood, but it is believed to result from an inflammation of the tissue of the corpus cavernosa-the columns of spongy, erectile tissue on the sides of the penis-following an injury to the area. This condition should not be confused with a slight curvature of the penis, which is natural for some men.

Most men who develop Peyronie’s disease have already been diagnosed with erectile dysfunction and diabetes mellitus.

Given that there are multiple forms of male sexual dysfunction, diagnosis is necessary to distinguish between the various problems and identify underlying psychological and physical causes.

Sexual dysfunction is more likely to be physically based if the problem began gradually. By contrast, dysfunction that stems from a psychological cause is likely to begin suddenly.

To identify causes of sexual dysfunction, a physician will ask a patient about his medical and sexual history and perform a physical exam. He or she will also ask questions specific to sex, including:

A physician may also order blood and urine tests.

To determine if a man experiences nocturnal erections, a physician may order a Regiscan, which measures how often the man experiences an erection while sleeping, as well as its size, rigidity, and duration.

Finally, the physician will review the patient’s medications and suggest substitutions for drugs that are known to cause a decreased interest in sex.

Erectile Dysfunction. Treatment for erectile dysfunction may address a wide of array of possible problems, such as:

Loss of Libido. Treating loss of libido may require treating the underlying cause, but it may also be solved through hormone replacement therapy.

Premature ejaculation. If a man teaches himself how to control his sexual response, such as grabbing the head of the penis he can delay ejaculation. Sertraline, an antidepressant, is sometimes taken for a short while as its side effect is delayed ejaculation.