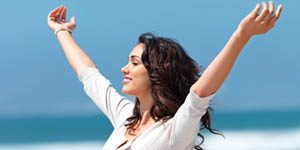 Incontinence, the involuntary release of urine, is a medical condition that is well known but rarely discussed.

Because it can be socially embarrassing and isn’t life-threatening, many people suffer with their incontinence because they don’t talk about the condition with their physicians. Despite the secretiveness surrounding it, incontinence is anything but rare. Experts estimate that 35 to 50 million Americans, including children, have periods of occasional or frequent involuntary urine loss. Because of the anatomic differences and the effects of childbirth on the pelvic muscles, women experience incontinence 2 times more often than men. The number of women undergoing surgery for incontinence in the United States since 1979 has doubled.

Incontinence occurs more frequently as people get older, but it is not caused solely by aging. It results from weakening of the pelvic muscles because of childbirth, obesity, or aging (which can also reduce the size of the bladder), as well as a variety of urinary conditions, such as: