Photoselective Vaporization of the Prostate (PVP) 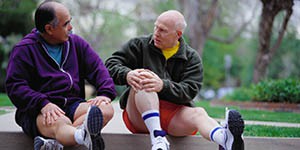 Both the overgrowth of prostate tissue and an overactivity of smooth muscle in the prostate cause symptoms.

What are the symptoms

Difficulty urinating;
A weak urinary stream;
Incomplete emptying of the bladder.
Having to urinate again shortly after urination;
Stopping and starting during urination; and
Significant dribbling after urination.

Frequent urination;
Urgent need to urinate; and
Getting out of bed at night to urinate.

Blood in the urine, known as hematuria, may also be a symptom of enlarged prostate. The blood can be microscopic or easily visible, which is called gross hematuria.

Treatment options for BPH include drug therapies, surgery or minimally invasive therapies such as Transurethral Needle Ablation Therapy and Photoselective Vaporization of the prostate.

PVP (Photoselective Vaporization of the prostate) is the newest and most exciting treatment for BPH of the prostate utilizing the GreenLight Laser. “This is a phenomenal procedure I have been waiting for to treat BPH.”

Rather than using a scalpel, a surgeon uses a laser to vaporize excess prostatic tissue. There are two types of laser procedures currently in use. The first is known as interstitial laser coagulation therapy, which requires anesthesia and can be done in an office setting. During the procedure, a fiber optic device is inserted through a cystoscope through the urethra into the prostate. The laser energy heats the prostate, destroying parts of the oversized prostate. The body naturally absorbs the destroyed tissue. A catheter is left in place afterwards for a few days.

This form of laser surgery is thought to be less effective on larger prostates, and its long-term effectiveness is still unknown.

The second type of laser procedure is photoselective vaporization of the prostate (PVP). PVP uses a laser fiber, which vaporizes and coagulates tissue creating an open cavity within the prostate. PVP is phenomenal because of minimal bleeding compared to conventional TURP.

There are few complications and the procedure can be performed as an outpatient. It is effective in large and small prostates. Another advantage is that patients can remain on anticoagulates and still undergo this procedure.